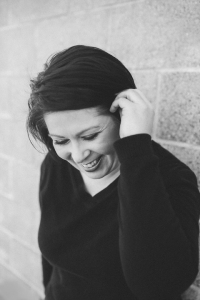 Julie L. Rowse started writing in a journal just before she turned five years old, and never looked back. Dozens of journals and a handful of writing classes later, she has been blogging since 2005.

Julie’s personal essays have been published in Segullah and Midnight Circus, and her academic work has been published in the anthology Writing and the Digital Generation, and in the academic journals Quest and  The World of Physical Culture in Sport and Exercise. Her memoir, Lies Jane Austen Told Me, was released by EAB Publishing on Oct. 2, 2015.

In her spare time, Julie writes, reads, sings, plays the piano, and watches movies. She is a rabid BYU sports fan.

Julie is a recovering Air Force Brat who has finally put down roots in Nebraska. She holds a B.S. in Secondary Education with an emphasis in Language Arts from the University of Nebraska-Omaha, and an M.A. in Popular Culture from Bowling Green State University. She currently teaches introductory journalism classes and Popular Culture Studies at a suburban high school.