My sister had an appointment at the navy base, which is about 38 miles away from the air base, so she thought it would be nice to take me there, go see Big Buddha, and then go to Disney sea the next day. It made sense at the time.

Let’s talk traffic in Japan. 38 miles is not very far. In Wasatch Front terms, that’s like going from Provo to Murray. Not far. 40 minutes tops. I used to make that drive all the time.
In Japan? THREE HOURS.
My first breaking point came when I saw a sign for Yokosuka that said 52 km and we had been in the car for 45 minutes. When I started the GPS, it said 60 km. That’s right–in 45 minutes we had traveled 8 kilometers. 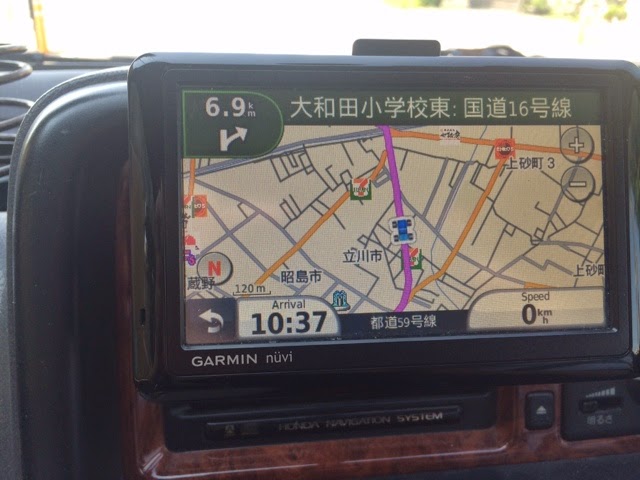 See that arrival time? Yeah, it was 11:45 when we actually arrived.
When we left, I had this great idea to take a photo everytime we were stopped at a red light. Had I continued that, I would’ve filled up the 18 gigs of available storage I had on my phone, so I quit. But here’s a sampling… 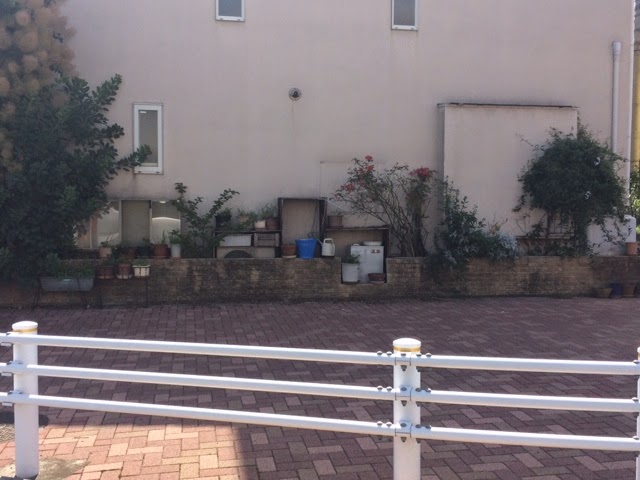 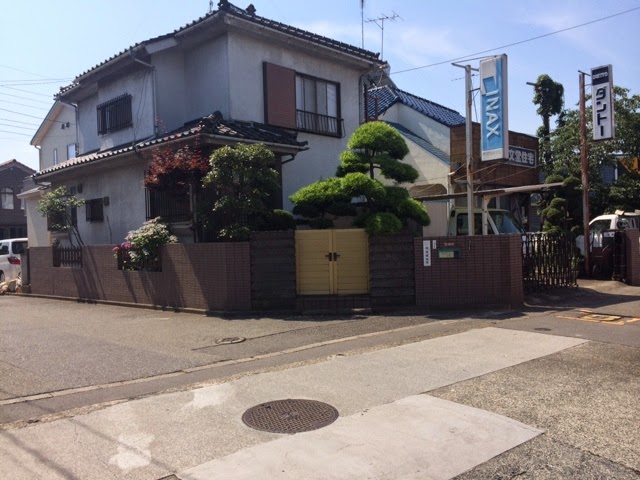 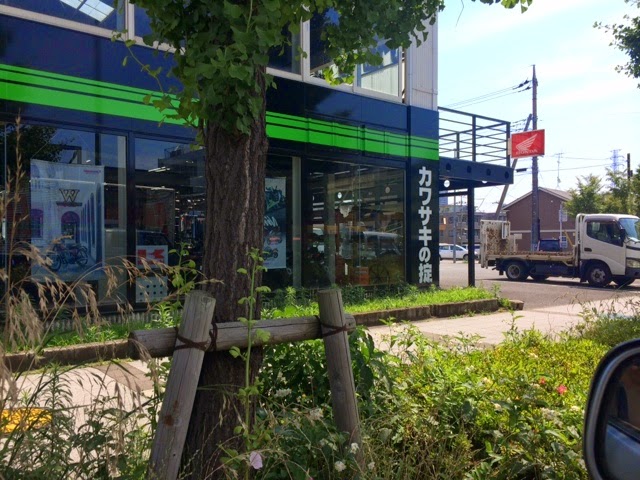 My second breaking point came about 5 km from the base, when Deanne got pulled over for crossing a yellow line. Yellow lines just separate lanes here, not direction of traffic. 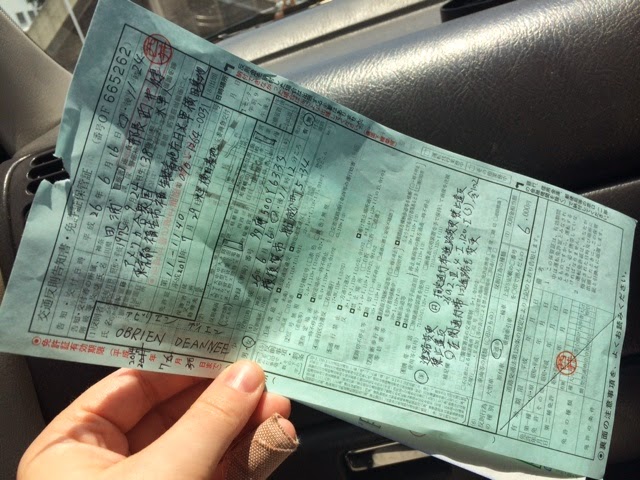 “Take a picture of my ticket for your blog!” Deanne said. So I did.
Ever been pulled over by a cop in a country so foreign you have no idea how to communicate? I was terrified. Deanne thought it was hilarious. I will say though, that the cops were quite kind, and after handing over the ticket, gave us driving directions to get back to the road we were on. I’m not sure American cops would do the same.
My final breaking point came when we arrived at the naval base, and the ID issued to me at the Air Base is not recognized by the Navy. I always knew there was something I didn’t like about the navy…anyway. Deanne got to where she needed to be, so it’s all good.
After our Navy excursion, we headed to Kamakura to see a famous Buddhist shrine. 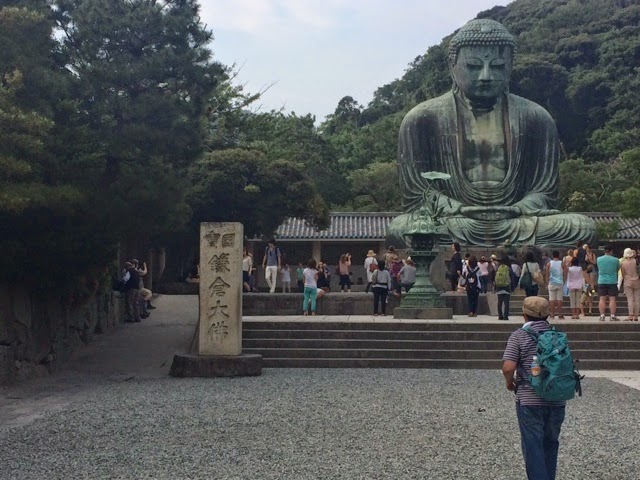 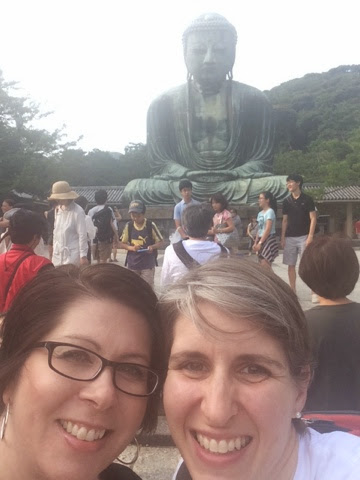 A selfie with Buddha. 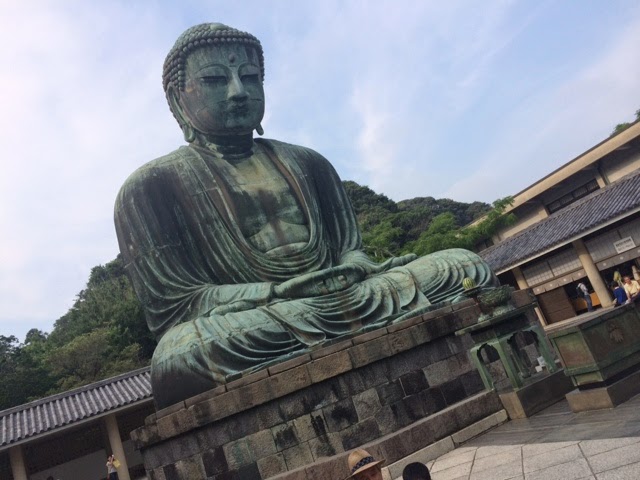 After Kamakura, we headed to the Tokyo Bay Sheraton, right by the Disney parks here in Japan. We were about 40 km from the hotel, so that meant another 2 hours in the car. By the time we arrived, we spent a grand total of 8 hours in the car and traveled a whopping 100 km. As a point of reference, when I leave Provo, I’ll spend 8 hours in my car and end up IN DENVER. 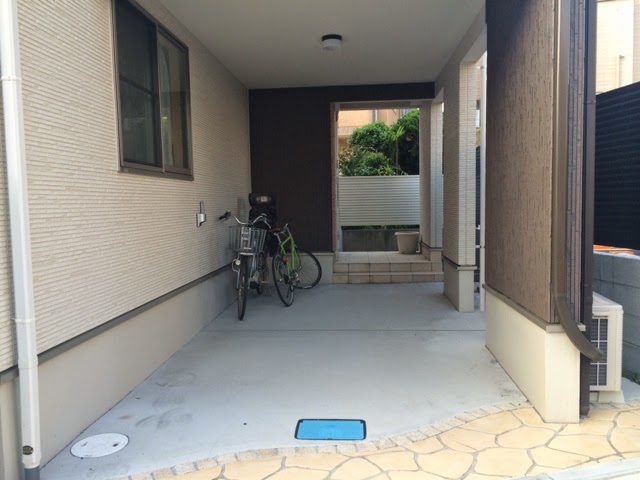 This is a carport we passed at some point. Yes, a carport. Which means a car fits here. Probably once the bikes are moved.
The one photo I didn’t take that I wish I would have is after we put gas in the car at the Navy base. The Navy set up a sobriety checkpoint, and I wish I could have documented my sister taking a breathalyzer for the first time in her life. The best part was when he held up the device and she looked at him and said, “I don’t know what to do with this.” Then it took her four times to breathe into it correctly. I could not stop laughing.
We really lucked out with the hotel. It was crazy cheap, and the room was American-sized. I’d heard about the small hotel rooms in Japan, but when Deanne walked into our room, she was floored with its size. Then we went on the balcony… 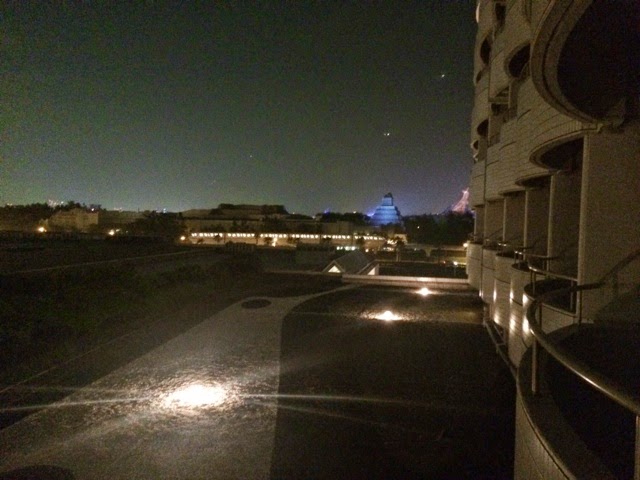 That glowing structure? That’s a ride at Disney Sea. That’s how close we were.
Disney Sea is a separate post…I’ll get right on that once I steal some of Deanne’s photos, because I really did not take as many as I probably should have.