Skip to content
Today’s adventure took us off the base and into the civilian world. I’m getting used to sitting in the left side of the car and not driving, but I’m not used to how close everyone is just yet. 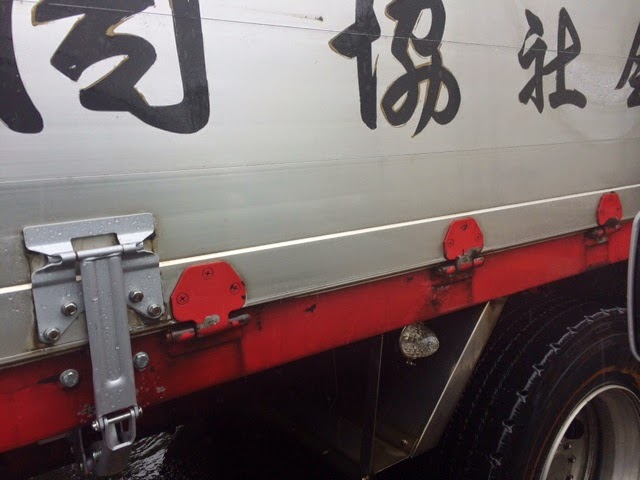 Photo taken right outside my window. No zoom. If I had reached my hand out the window, I could have touched that tire. 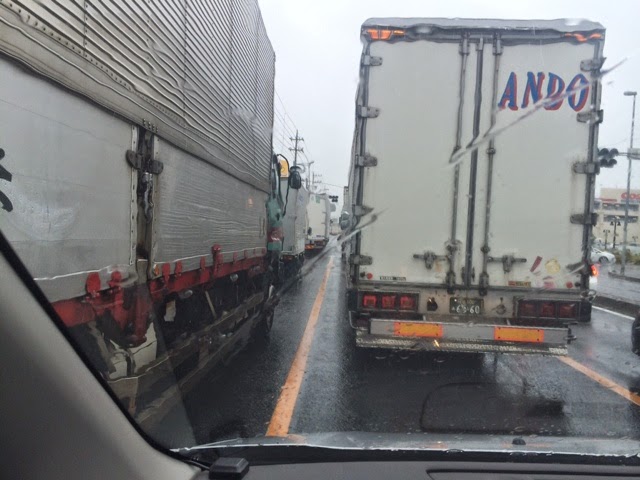 See how close the traffic is? Super close. I did not take photos of the one lane road she drove on…I was too busy covering my eyes for fear of crashing into oncoming traffic. I will say that Deanne’s driving skills have improved immensely since high school.

We arrived at Costco and I should’ve taken photos of the outside, because it is huge. I like to compare all Costco experiences to that of the Orem, Utah Costco because that particular Costco is more soul crushing than others. It’s just always. so. busy. I sometimes wonder if that Costco hires people to literally crawl out of the woodwork to make it more crowded.
Well, this Costco makes the Orem Costco look like a ghost town.
First, there is a parking garage attached to the Costco in Japan. At first I felt that added to the magnitude of the building, but then I realized it has to be a garage because land is at a premium, so building ‘up’ appears to be the only option.
Here’s where I was going to include a video of the stairless escalator that we took to actually get up to the store, but I’m blogging from my iPad and video uploads aren’t an option. So I tried using Safari and getting to blogger that way, but then I remembered that I have 2-step verification enabled on my Google account, and Google owns Blogger, and when you enable 2-step verification, it sends a text message to your phone with a code. But I’m not getting text messages while in Japan so….
Just imagine a giant escalator that’s like the moving sidewalks on airports. So it looks like an escalator but without stairs. Here’s a screenshot of the trip back with our cart. 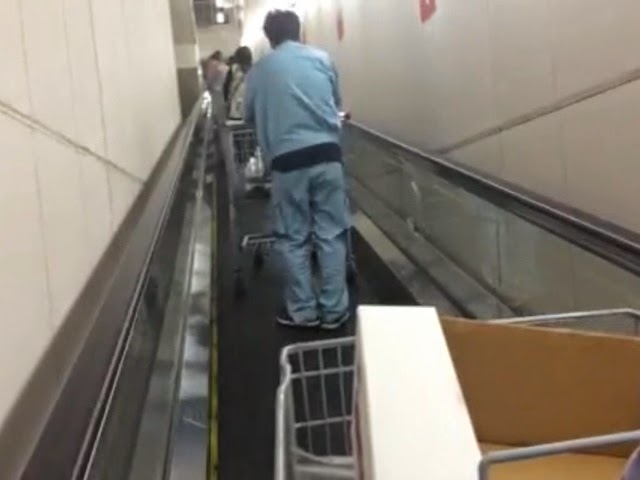 This Costco really was like most others–everything is in bulk and at reduced prices, but every now and then something would remind me I was not in Orem. 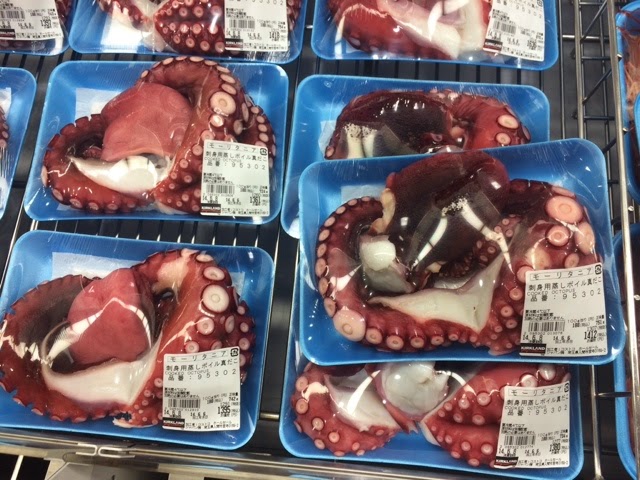 Cooked octopus. Wasn’t really on our list, though.
I felt weird sneaking photos–I didn’t want to offend. So this is the only photo I took inside the Costco. Plus, the place was packed with people. This was not 6 pm on a Saturday night (that’s when those Utah Costcos are at their craziest). It was 11 am on a Friday. Usually, I’d expect most people are at work. And maybe most people were at work, but most people were also at Costco.
What was most different, though? No one was screaming at anyone else. As crowded as it was, we were all in long lines even just to glance at certain products. And no one looked irritated. Deanne told me that after checkout, when many people head to the concessions stand for lunch or a snack, they simply park their carts, save a seat, and LEAVE THEIR THINGS AND NO ONE TAKES THEM.
Oh, they did have samples, but I am not yet feeling very adventurous. Even though my 7-11 lunch yesterday was delicious and was all completely new to me. The first sample we hit up was seaweed and I just wasn’t feeling it.
If all goes according to plan, tomorrow’s post will be all about karaoke.