I’ve been in Japan now for one full day, and so far, I’ve kept to the base. So it hasn’t felt much different from visiting my sister at any other military installation, or other bases I lived on growing up.

Except for driving on the left. I keep trying to look in the rear view mirror out of habit. And turning left freaks me out, but it’s the same as turning right in the states, so it really shouldn’t.
Also different: a simple fence separating the base and civilians. Seriously–a fence, and on the other side, not six inches from the fence are farms, homes, streets. So different from every other base I’ve been on. Also–apparently in Japan, I can’t take photos without my finger in the way. Sorry about that.
Point is, no zoom on that photo. That’s from the passenger side, while stopped at a stop sign. That farm is off the base. 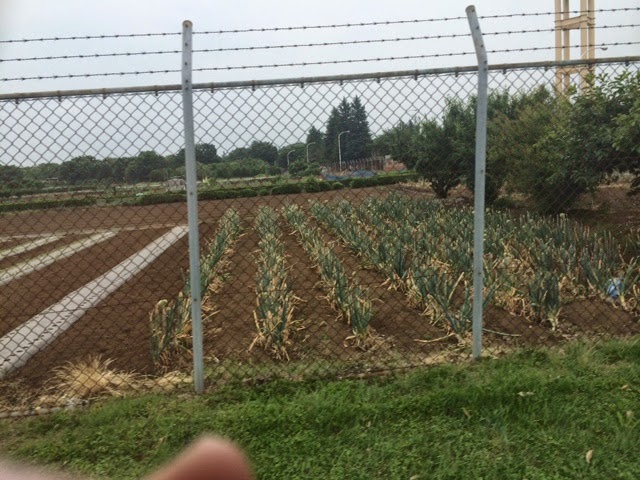 We are making sure we’ve fully recovered from the jet lag before embarking on any grand adventures. I was wide awake at 3:30 this morning. I willed myself back to sleep for three more hours, but I’ve been awake ever since. I’m pretty sure I’ll crash around 2.
The base itself requires its own post, but I need to clear it or redact some of it before posting, I’m sure. Suffice it to say for now that it is unlike any base I’ve ever been on while at the same time feeling rather familiar.
Today’s big adventure is going off to Pass and ID to get my first military ID paperwork in nearly 20 years. So I should go make myself presentable…I’m thinking my Marvel tshirt is a good call for that photo, don’t you?

One thought on “Off the Continent.”