Monday and Tuesday I drove from Omaha to Provo. I split it into two days, so Monday night I stopped in Laramie, Wyoming and then tackled the rest of the way on Tuesday.

Omaha to Provo in a car takes about 14 hours. 15 years ago, making a drive like this was easy. In 1999, I drove from Omaha to Bozeman, Montana and then to Provo and didn’t think twice about it.
Monday, somewhere around Ogallala, I told myself I could not make this drive alone ever again.
It’s not that I’m afraid of anything–flat tires, hitchhikers, skeezy hotel rooms–it’s that when I travel alone, I know I’m missing things.
I can’t take photos of the hilarious religious billboards across western Nebraska or the DUI billboards in Wyoming. I can’t adequately describe the family of smokers at the Pilot station in between Kearney and North Platte that made me think, “the family that smokes together stays together?” I am less apt to explore downtown Laramie–again, not out of fear, but because to experience a small town greasy spoon and try to describe its sassy waitress and oddball cuisine to others just often doesn’t cut it.
In short, I’m tired of traveling alone because it is, well, lonely.
And then there is the issue of not having anyone to talk to, and for someone who is mildly narcissistic and lives in her head a little too much as it is, shutting off the brain is no easy task. I listen to music, and I will hear a song that reminds me of something happy, but no one is around to hear the story. Or worse, I hear a song that reminds me of something sad, and before I know it, I’m reliving every failed relationship ever and I might as well just become a Lot Lizard at Little America for want of any semblance of intimacy.
I made it to Provo just fine, and my friend Peggy is an amazing hostess and we never run out of conversations. And she takes me out on walks through her neighborhood and I start to feel like Utah is home again, a home I miss regularly when I allow myself to feel it. 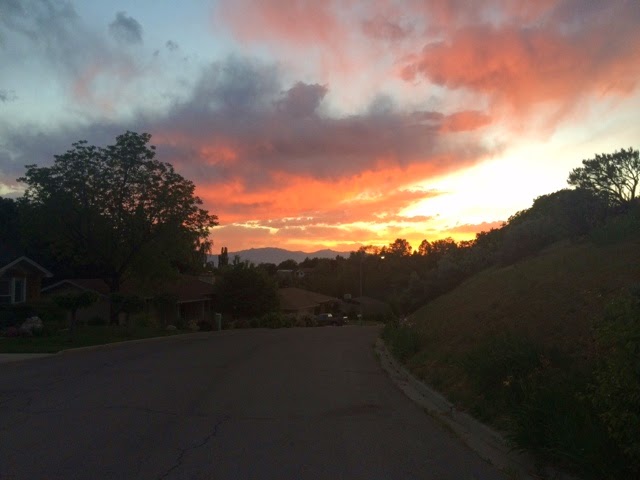 In a little over a month I’ll be making the drive back to Omaha, but I’ll be taking a different route. On one hand, this will be good–seeing new sights, driving through different canyons, and stopping in Colorado to see old friends. But on the other hand, I’ll see these new sights and have no one to talk to about them, no one to mock new billboards with, and no one to keep my brain from turning against me.
Next trip, I need to see about hiring a squire to go with me.